Home > Eye Tumours > What is a Retinoblastoma?

What is a Retinoblastoma? 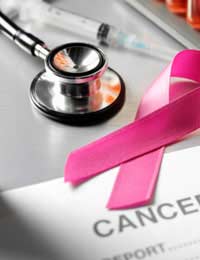 A retinoblastoma is a fairly rare type of cancer that occurs most commonly in children under five years old. The tumour described as a retinoblastoma grows in the tissues within the retina. Although it can be a very fast growing cancer and is often present at birth, treatment is very successful and retinoblastoma has a cure rate of between 95 and 98 per cent.

Only about 40 cases of retinoblastoma occur in the UK each year and the vast majority are in children, which means that the diagnosis and the treatment is very stressful for worried parents. This is particularly so if the child has the heritable form of retinoblastoma – partly because they blame themselves for passing it on (although there is nothing they can do to avoid this) and partly because this form of the cancer usually occurs in both eyes. Non-inherited, or sporadic retinoblastoma, occurs only in one eye.

In the case of heritable retinoblastoma, the underlying cause is the presence of the Rb gene in one of the parents. It is not certain that every child born to a couple in which one partner has the Rb gene will have retinoblastoma but there is a one in four chance. If a parent is known to have the gene, any children that they have will be screened very shortly after birth using blood tests, and will be closely monitored during the early years of life. If retinoblastoma does develop, the child can then receive treatment as soon as possible, maximising their chance of survival and a full recovery.

When there is no genetic explanation, generally there is no explanation for retinoblastoma. The tumour probably develops because of a chance mutation in one cell in the retina during development.

How is Retinoblastoma Diagnosed?

If there is a known risk of retinoblastoma babies are checked from birth using ophthalmology testing. An ophthalmologist can detect any abnormalities in the retina at a very early stage. If there is no reason to suspect that a child may have retinoblastoma, diagnosis may be the result of chance, or after a very observant parent notices strange eye movements, or that a child’s eye has a white reflection in a photograph.

A suspected retinoblastoma can be confirmed by an eye examination, with can be carried out under a mild general anaesthetic if the child is very small. Follow up tests usually include a CT scan, an MRI scan and/or ultrasound scanning to investigate the extent of the tumour and to find out if it is affecting the optic nerve as well as the retina.

Many cases of retinoblastoma are treated by surgery to remove the affected eye. This can seem very drastic, and is very upsetting for parents, but it is the only way to ensure that as much as possible of the cancer has been removed. The operation also removes a long piece of the optic nerve, in case some of the cancer cells have spread. Within a few weeks, a prosthetic eye is fitted, which today look extremely realistic. If both eyes have a tumour, it is sometimes possible to remove the eye that is the worst affected, and then to use radiation, laser treatment and chemotherapy to treat the cancer in the other eye, so that some sight is left.

Radiation treatment is generally successful as retinoblastomas are very sensitive to damage by radiation. The radiation beam is highly focused onto the tumour, and the child’s head is held fixed in position by a plaster mould. A technique developed in the 1930s can also be used – a small piece of radioactive material is implanted into the eye for a short time, usually a few days. The child has to be treated in hospital and is kept away from other children and pregnant women, who would be harmed by the radioactivity. Cryotherapy and chemotherapy are also used to shrink the remaining tumour, and to completely eradicate the cancerous tissue.

Recovery rates from retinoblastoma are very good but the actual recovery period can extend into weeks or months. A child and his or her parents need lots of support during the treatment and afterwards, as adjusting to having a prosthetic eye and to the after effects of treatment can take time.
Next Page

Eye Melanoma: What is It?

Support for People With Eye Cancer