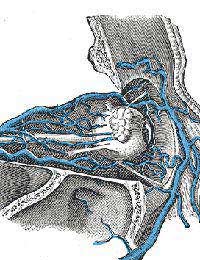 Retinal vein occlusion is a severe eye disease. It mainly affects older people and is related to cardiovascular disease. When the changes to the arteries, commonly known as ‘hardening of the arteries’ affect the artery at the back of the eye, this causes problem for the vein that runs next to it. As the two blood vessels enter the eyeball, along the same channel as the optic nerve, they are quite close together. At one point they cross over and if the artery becomes hard at that point, this causes compression of the vein, which often then develops a blood clot.

When this happens, the blood from the eye cannot exit the eye properly, and the veins within the retina become engorged with blood and start to leak fluid and, eventually bleed. As the fluid builds up, it is not too long before the delicate tissues in the retina become disrupted. The back of the eye has several layers of photoreceptor cells that are responsible for vision. In the centre of the retina, a circular region called the macula gives us our fine vision and high colour vision. If even a small amount of inflammation occurs here, everything starts to look blurred and a central blind spot can develop. This looks like a fuzzy black cloud in the centre of the vision and is often called a central scotoma.

Usually, only one eye is affected but there is always the potential for the same thing to happen in the other eye later on unless the risk factors that lead to the clot forming in the first eye are treated successfully.

Damage to the Macula

If the macula is damaged, it cannot recover very well and any sight loss is very difficult to reverse. As the problem gets worse, and the blood vessels start to release blood into the retina, the eye responds by trying to produce new blood vessels to cope with the problem. Unfortunately, they then just make the problem much worse. New blood vessels that grow into the macula and the peripheral areas of the retina damage the photoreceptor cells still further and more sight can be lost.

There are two main types, and these are defined by which part of the retinal vein is blocked. If the blockage is in the main retinal vein, just as it enters the eye, the whole retinal can be affected. This form of RVO is called Central Retinal Vein Occlusion. If the blockage is further into the eye, in one of the smaller veins that branches off the main vein, the damage only occurs in the area of the retina connected to that part of the vein. The effects are the same but they are only seen in half or less of the retina. This form of RVO is known as Branch Retinal Vein Occlusion.

RVO is a very difficult eye condition to treat. The symptoms develop quite quickly, with blurring of the eyes often followed by a sudden deterioration of vision. The condition isn’t painful but as it advances, the growth of new blood vessels in the eye can produce glaucoma. The increase in pressure in the eyeballs can be painful. Treatment aims to reduce the inflammation and fluid build up and to relieve the clot in the retinal vein using anti-coagulants and clot busting therapies. RVO is often associated with high blood pressure generally, and this underlying condition can be treated to avoid problems in the other eye.

Laser surgery is then the main treatment to relieve the pressure in the eye, to resolve the problem in the blocked vein and to deal with any new blood vessels that are growing in places where they are going to cause problems.

New treatment currently being trialled involves placing a small implant directly into the fluid in the eyeball, where it releases anti-inflammatory drugs over a period of months to damp down the swelling and fluid build up in the eye.