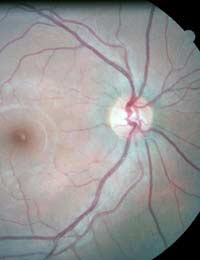 Retinitis pigmentosa is a complaint affecting the part of the eye called the retina which is involved as part of the first stages of the visual process, and is concerned with the light reflective aspects of vision. When this condition occurs, there is commonly loss of vision of these light reflecting cells.

What Exactly Is Retinitis Pigmentosa?

It is mainly caused by inherited factors and can affect different parts of the retina. There are three known inherited factors that can cause this condition. Firstly there may be a familial trait and a strong family history of the problem, whereby the chances of passing it on to offspring can be quite high. Secondly, each parent may be a carrier but not a sufferer of the condition, meaning that by having two carrier-parents, the child is more at risk of developing it.Lastly, if the male parent is a sufferer, he can pass it on to his daughters who act as carriers and can then pass it on to her sons and so on.

It is possible for retinitis pigmentosa to occur in those with no contributory genetic factors and it may present in those who have had certain viral infections in their life time.It is advised that anyone who has a family member diagnosed with retinitis pigmentosa seek an eye examination find out if they have the condition also.

Often this complaint is first seen and diagnosed in teenagers and young adults, although it has been identified in younger children and those in the later stages of life.For some the loss of vision may deteriorate slowly over many years, for other the reduction in sight may be sudden and progress very quickly.The first signs of the condition are most notably, deterioration in the ability to see in poor light; sometimes this can be so noticeable that the person can appear clumsy knocking into objects especially those in their peripheral view.

It is commonly described by sufferers as having ‘tunnel vision’ as they are able to retain sight of things that are straight in front of them, but are unable, or have a reduction in seeing things to the left or right without turning their head.The type of symptoms experienced will depend upon which part of the retina is affected.

This condition cannot be corrected using glasses or contact lenses and the condition itself cannot be cured. The sufferer may not lose all sight and usually have to adjust to their change in visual ability. For most, total blindness is not likely and some degree of vision can usually be retained for any years.

Retinitis pigmentosa is a disorder of the retina causing a loss of peripheral vision and/or a lack of ability to see in poor light. It cannot be cured, but the sufferer may retain some level of vision for many years.