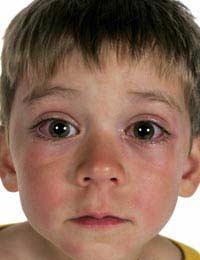 The idea of having a fungal eye infection is not pleasant. Unfortunately, the eye makes the ideal environment in which a fungus can grow – it is warm moist and full of lots of nutrients that fungal spores can use to sprout. The reason we are not plagued by fungal eye infections most of the time is that the tears that bathe our eyes are full of substances that repel fungal spores, making it more or less impossible for them to get a hold and grow.

The reason that some fungal eye infections do occur is that some fungus species can develop mutations that make them particularly good at living in the human body and evading the immune responses directed against it. Fungal infections are generally much more common in people who have a problem with their immune response. People having cancer treatment, or immunosuppressive therapy because they have had a kidney or liver transplant, have much less capacity to fight off fungi and are prone to fungal eye infections. People who have HIV or AIDS often get infections caused by different fungi but there are also groups of healthy people at increased risk.

People who wear contact lenses tend to get more than the average level of fungal eye infections. This is partly because wearing contact lenses can cause tiny abrasions on the surface of the eye, allowing more access to fungal spores and partly because people can be very lazy about eye care when they wear lenses. Fungal biofilms, and bacterial biofilms, can build up on the surface of the lens and if this is not removed properly, these can infect the eye.

Any type of eye surgery increases the risk of fungal eye infections. Whether it is an operation in a child to correct a lazy eye, a cataract operation, or a more serious operation to repair a retinal tear or to remove a foreign body or tumour, the incisions made into the eye enable penetration of fungal spores deep into the tissues.

Damage to the Eye

For the same reasons, an accident in which the eye is damaged, particularly if there is a penetration injury, can result in a deep fungal eye infection. Rarely, the entire eyeball becomes infected with fungus and perhaps bacteria too, causing a generalised uveitis, which is very painful and can be difficult to treat.

Types of Fungus that Cause Eye Infections

One of the most common types of fungus that causes eye infections is Candida. The different species identified as a problem include Candida albicans, which is a common fungus normally present on the skin, Candida parapsilosis and Candida tropicalis. The fungal species Fusarium, Aspergillus and Acremonium also cause infections in humans.

Special antibiotics such as natamycin and amphotericin B are used but they must be given over a long period of time – weeks rather than days – to ensure that all the hyphae and spores of the fungus have been eradicated.