Home > Other Eye Problems > What is Graves' Ophthalmology?

What is Graves' Ophthalmology? 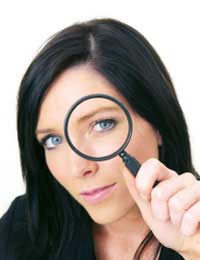 Graves’ ophthalmology is a condition that is associated with the condition called Graves’ disease. This disorder primarily affects the thyroid gland but can involve disorders of the skin, muscles and eyes. It may also be called thyroid eye disease due to the attributing condition.

What Exactly Is It?

Graves’ ophthalmology is an inflammatory problem that affects the contents of the eye and the surrounding fat located within the eye socket.It is mostly associated with Graves’ disease but can also be seen in those with other disorders of the thyroid.It predominantly affects females in the 30 – 50 year age group though it can occasionally be seen in men.

The most obvious symptoms of the condition include the appearance of a protrusion of the eye itself. This is caused because the eyelids actually retract and forced the eye to appear as if it is being pushed forward.

Another common symptom is something called lid lag which presents as the upper eyelid being dragged down and becoming immobile when the eye is forced into a downward position. It is also possible that the eyelid will be unable to close entirely which can cause further symptoms. If the eyelid is unable to close the eyes can become very dry and the corneas can develop problems such as swelling or destruction of the delicate layers that surround it.As the eyes become dry they can feel irritated, gritty and tired and become quite unpleasant for the sufferer.

Affect of Graves’ Ophthalmology on The Eyes

As the condition persists and progresses the long term affects can include the muscles around the eye to lose their ability to function and remain permanently affected. Pressure may build up in the eyes and visual disturbance can sometimes result.

Serious affects can include the optic nerve becoming compressed as a result of the swelling of the affected tissues and muscles which can lead to severe visual impairment and must be treated urgently to restore vision before it is lost permanently.

It is possible for the condition to subside in time but for most some kind of treatment will be necessary.The first stage of treatment is to protect the eye from dryness and false tears can be sought form your optician or doctor which can be self-administered when needed.

You may be prescribed steroidal preparations that aim to reduce the swelling which relieves discomfort and also removes the pressure from the eye and the surrounding nerves.Sometimes the compression can be relieved through surgery and this may be performed urgently if sight is at risk or when the person is stable if sight is not immediately at risk.

For those who have experienced eyelid abnormalities, surgical procedures can be carried out to improve the overall appearance by strengthening, stretching and reconstructing the eyelids themselves.

Graves’ ophthalmology is largely associated with disorders of the thyroid and can result in cosmetic interferences or be more serious and leave sight at risk. It can be treated through a number of reasons and if you experience any of the symptoms it is important you see your optician or doctor to determine the cause.

Why Do Eyelids Twitch?
Share Your Story, Join the Discussion or Seek Advice..
I have double vision from graves ophthalmology, and have been living with it for years.I see a doctor at Froedert and the Eye Institute in Milwaukee, WI wand have had numerous surgeries which have kept it in check, however when I had the eye muscle surgery (twice) after decompression on both eyes, the double vision continued and he said he could do nothing except give me prism glasses which are useless.I am hoping that there are other eye centers out there which could give me a second opinion to hopefully restore the double vision problems.I would hate to have this research available to me and never get a chance to use it.
Mark - 23-Sep-15 @ 3:57 PM
Title:
(never shown)
Firstname:
(never shown)
Surname:
(never shown)
Email:
(never shown)
Nickname:
(shown)
Comment:
Validate: